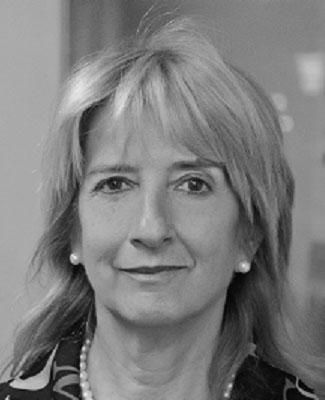 Ann Rutledge is a founding principal of the 20-year-old credit ratings/advisory firm CreditSpectrum Corp. and noted subject-matter expert in these topics: capital market developments of the late 20th Century, financial system development in China since the Third Plenum/11th Central Committee (1978), and ABS structuring, credit and damages analysis, valuation and revaluation.

Widely recognized for her ability to explain complex concepts simply, Rutledge testified before the U.S. Senate on The State of the Securitization Markets and was quoted in the U.S. Financial Crisis Inquiry Commission Financial Crisis Inquiry Report. In 2015, Ms. Rutledge published a landmark study on China’s ABS markets, Who Will Take the Lead in Shaping China’s Securitization Market Model, funded by Swift Institute, and in 2014 published A Real Fix for Credit Ratings through Brookings Institution. Rutledge authored the chapter on real estate securitization in Elsevier’s International Encyclopedia of Housing and Home 2011 and the chapter on microloan securitization Mobilizing Capital for Emerging Markets: What Can Structured Finance Contribute, by Springer (2007). With Sylvain Raynes, she co-wrote Elements of Structured Finance (2010) and The Analysis of Structured Securities (2003) both by Oxford University Press. She has taught graduate-level securitization courses at The Hong Kong University of Science and Technology and The Chinese University of Hong Kong. Rutledge has an MBA from the Booth School of Business, the University of Chicago, and a BA from Wellesley College.

Get In Touch With Us